Well… every week seems busier than the last!! So much to do.. so much to learn… I could go on and on!  I’m sure you all feel the same way! There just needs to be more hours in the day. Here are a few things that we’ve been up to this week…
My kiddos had a blast writing narratives and creating these cute little pumpkins! They were given this prompt…
I went to the pumpkin patch and picked the perfect pumpkin.  When I got home my pumpkin grew legs and began talking. This is what happened… You can find the writing organizer and pumpkin patterns here if you are interested! 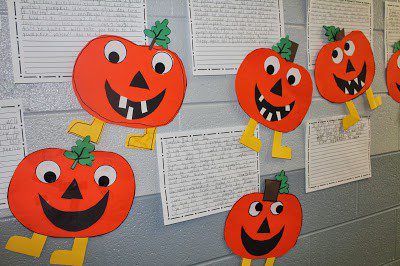 We took a field trip to the pumpkin patch on Monday… so we had to do a little pumpkin math!!!! 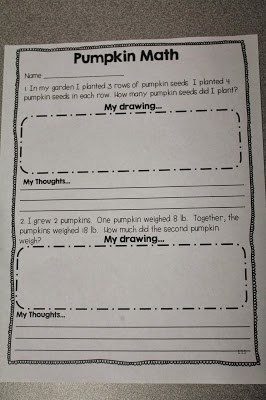 I used sticky tack to cover the student names.  I thought it would be easier than editing the photo.  I’m sure it saved me a whole second… ha!!!!! 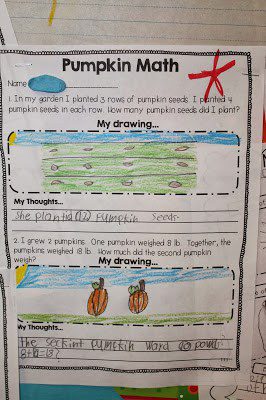 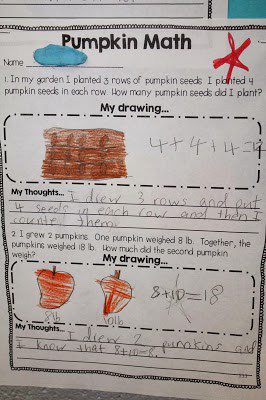 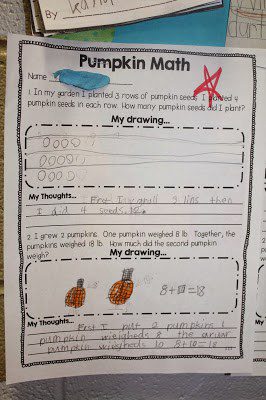 Last week we spent a lot of time learning that nouns include people, places, and things.  So…. this week we began learning about proper nouns.  I got this idea from Amy Lemons over at Step into Second Grade With Mrs. Lemons. My students drew a proper noun and then wrote a sentence to go with it! 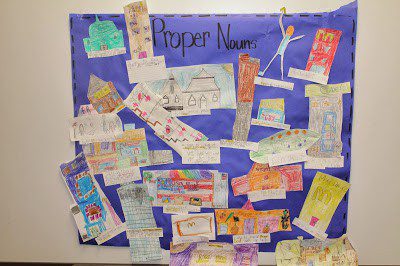 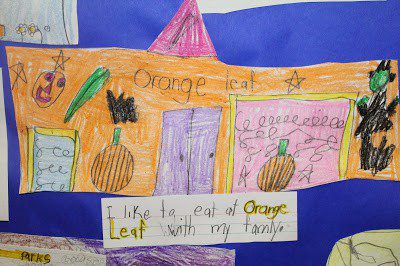 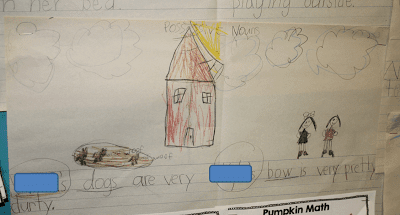 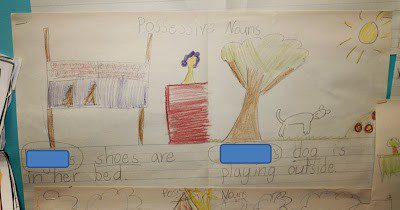 These are just a few snapshots of our guided reading time…. I thought I had taken more pictures, but this was all I had!!!
These kiddos are working hard to sort nouns, verbs, and adjectives. 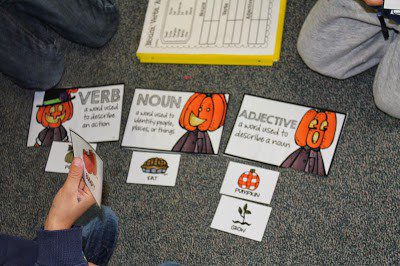 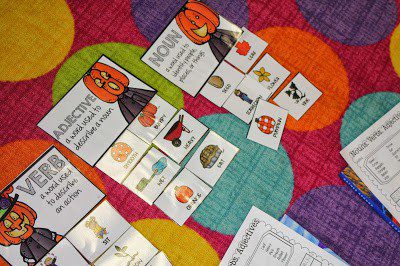 These kiddos are working on abc order! 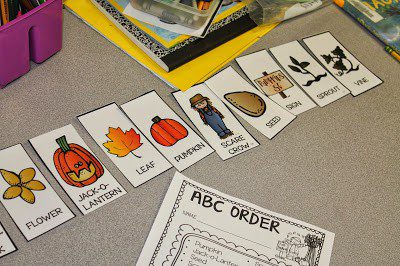 And… this was the small group that I was working with! And… probably why I only had a few pictures on my camera! Usually I like to pick chapter books that go along with the theme.. but my kiddos were dying to read this book!!! Junie B. Jones Has a Peep in Her Pocket… And, they are LOVING IT!! 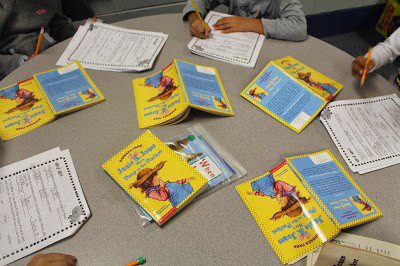 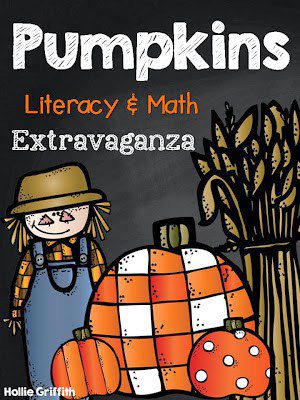 Have a GREAT Friday friends!!!! 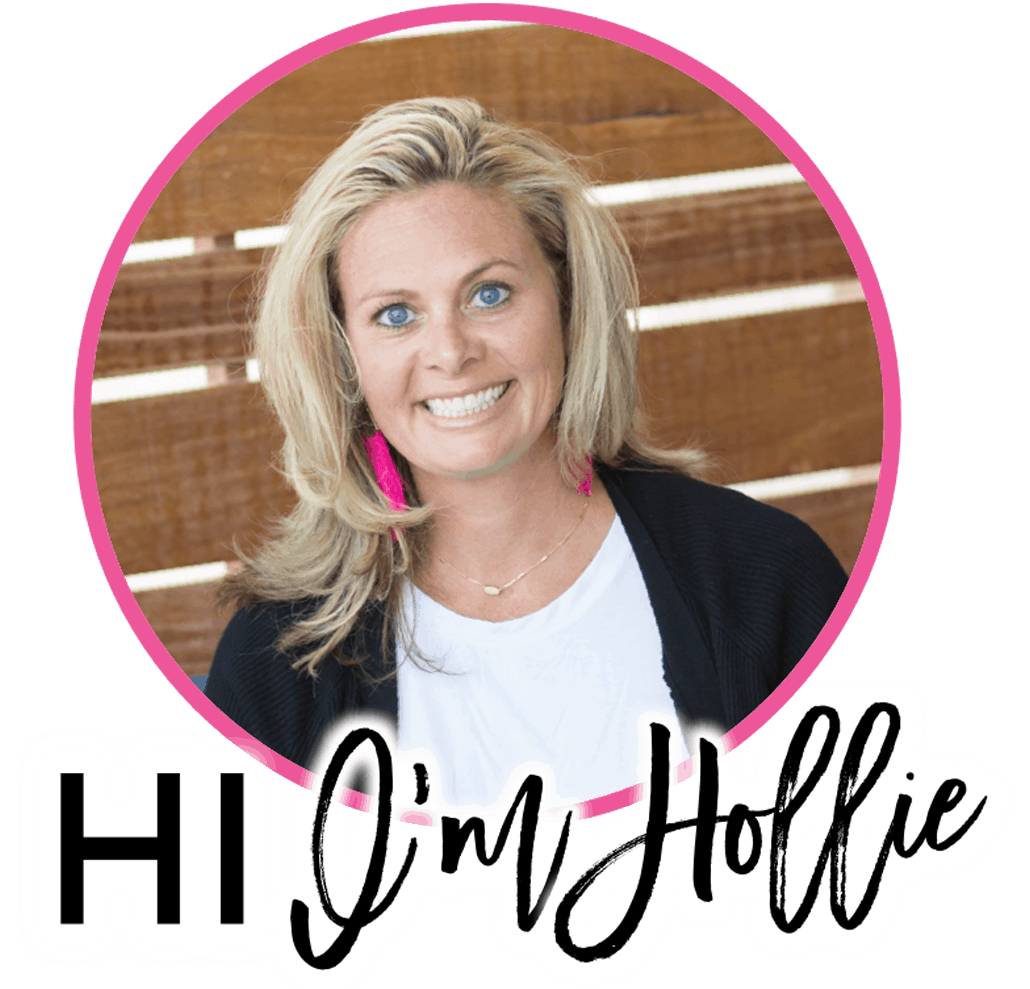 I’m a mom, wife, first grade teacher, and curriculum designer. I love teaching and I also enjoy creating resources that engage and inspire our little learners. My goal is to save you time while providing researched based, high quality, engaging lessons and activities that can be adapted to meet the needs of ALL students. I hope you’ll stay for a while. I’m so glad you’re here.